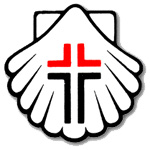 The National Executive Committee of the South African Council of Churches, and the leaders of SACC member churches, meeting in Johannesburg, from 18 – 19 March 2019, believe that holding public office is the highest honour given in trust, to any individual by the people of South Africa through elections as mandated by our Constitution.

We further believe that precisely because this is the highest honor given to any individual in trust, the highest levels of morality and integrity are expected of those who wish to serve in public office. Leadership, therefore, must be entered into with deep humility and honest introspection.

We are aware that the stature of our public institutions has taken a serious knock in the eyes of our people as a result of the many scandals that have rocked our young democracy including, Nkandla, State Capture and Bosasa. This is a clear sounding gong of the need for the electorate to apply gravity and wisdom in their scrutiny of candidates.

We affirm our belief in the principle of the presumption of innocence until proven guilty and the right to defend oneself in case of allegations made against one. It is our belief, though, that our standard for what is right should not only be founded on the standards of criminality, but must include morality and ethical behavior consistent with public trust. A mere appearance or perception of impropriety is a serious challenge to the trust that our people have in our public Institutions.

We note with concern that the candidate lists given to the IEC by political parties fall short of the ethical standard that must guide all of us. Some candidates named in these lists have been implicated in wrong doing in the public service; some are actually fingered by the courts of the land including the apex Constitutional Court, whilst others are facing serious allegations of sexual assault and acts of racism.

We therefore call upon all political parties:
1. To adopt a higher moral standard which transcends the standard of criminality, and invest in the future of our public institutions.
2. To scrutinize their lists closely so as to identify individuals in their lists who have any blotches on their conduct and remove them as an investment in the public good and a show of good faith.

We also call upon individuals
1. Of good will in all political parties to find their voice and speak up in their parties to advocate for high ethical standards of integrity.
2. Implicated in wrongdoing, to exercise serious introspection, and, guided by their conscience and personal sense of integrity, voluntarily withdraw from these lists.

Lastly, we call upon all South Africans to, as requested by the IEC, “scrutinise parties’ candidates and object if they spot anyone they deem to be unfit.”. We therefore urge everyone who will exercise their right to vote on 8 May, to not only respond to political rhetoric, but also scrutinise the character of the candidates by paying close attention to the names in the lists so as to vote in a manner that confirms their commitment to ethical leadership.

Next Event starting in: